END_OF_DOCUMENT_TOKEN_TO_BE_REPLACED

This fairly unknown model called India Reynolds, I can’t deny her, I have to write something for her and give some pleasure for the eyes to share. She has been featured in magazines like FHM, Nuts and FRONT magazine. The brown-haired England girl has her own fansite which seems to be the main spot to find more of her. Check out some of her photo’s below: END_OF_DOCUMENT_TOKEN_TO_BE_REPLACED 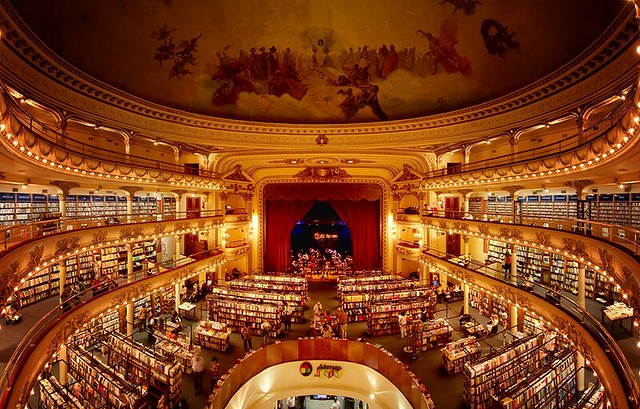 If you find yourself to be in Buenos Aires one day, and your auto-spelling asks if you mean ‘Bluenose’ instead of ‘Buenos’ than make a visit to this theater turned into a library or bookstore, I don’t know. I just like the lights on the picture. It’s suppose to be one of the most beautiful book temples in the world. Jeej.

The Riots through the eye of Photoshop

The riots in England are terrible, unless you can bend it to something positive and funny! If we didn’t had Photoshop.. how sad would the world look like then.

“Too long have we allowed sweet innocent children to think that their artwork is good and let it ruin our refrigerators and classrooms!’

‘Your Kid’s Art Sucks’ is a website that will speak some truth about the shitty drawings of your kid! Mainly the ‘what the fuck is this suppose to be’. Too many times children, nor the parents, just doesn’t think it’s strange when mommy is banging the dog, the tree looks like a penis and dad, dad is shitting himself.>

It’s time to grow up.
http://yourkidsartsucks.com/

This feels like to me like the start of a new age for Hip-Hop. How long has it been that we seen this, the so called best rappers in the world, still being brothers. I mean I remember  ‘Big Brother‘ big time, honesty big time right there. This isn’t raw hip-hop nomore, this bringing it back. Gotta love this, the brother ship, the laughing. Fuck all the Love lockdowns, Runaways and Running this town. This feels like 2011’s Touch the sky.

Cardboard Warfare, as the name already says, no real guns but every weapon mad out of cardboards, yet real explosions. The previous Cardboard Warfare has been watched over 4 million times. One of the reason for that, besides being totally awesome, Youtuber Pwnisher works together with Youtube Legend Freddie Wong. And this trailer is saying that CWII will be back better than ever.